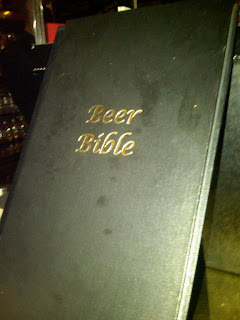 Tonight AC Grayling and Russell Blackford gave a talk around the 50 Voices of Disbelief. We got there a little late (oops!) but it was good all the same.
Topics included religion and sexuality, Australia's leaders' religious convictions and lots of status quo secular stuff.
We had a good time and met up with a few people we know online, then went to a mate's pub for dinner.After dinner, we met up with a group of other atheistcon attendees for drinks and socialising. We met a lot of new people and heaps of online friends, which is always heaps of fun.
As always seems to happen at these kinds of things, time flew, and we had to move on to another pub for more drinks, chat and laffs and before long it was 2am and time to retire.
Well, now we're back at the hotel and need to get an ounce of sleep before tomorrow, which starts with the bloggers' B'fast, which melts into a lunch meeting, then a PZ talk and Pharyngula doo before registration and official Atheist Con B's and P's, after which there'll be drinks, drinks and more drinks... Phew! I don't have a clue when we'll get a chance to sleep, but it'll be worth it!
Btw, the pic's from the PreCon Pub meetup. Appropriate, I feel...