Agenda:
confirmation of the minutes of the last AGM
reports on the activities of the association during the last year
election of secretary and treasurer
reception and consideration of the financial statement

All members are welcome to attend. Quorum is five members of the association. Anyone wishing to appoint another member as proxy must submit notice to the Secretary by 7pm Sunday 19 December 2010, on the form at the back of the Objects and Rules, which can be found at sydneyatheists.org


A Sydney Atheists Committee meeting will be held immediately after.
Agenda:

acceptance of the minutes of the August meeting

allocating jobs beyond the positions elected at the AGM

changing our address with the bank

next meeting and regular meetings

What happens in NSW Ethics classes?

You might have heard that the Anglican offer you a free atheist wall paper in the subscription section of their site.

This inspired me to come up with a free atheist anglican wallpaper.

Ok, I assume it applies to all christians evenly, not just anglicans. Click on image for a full version. 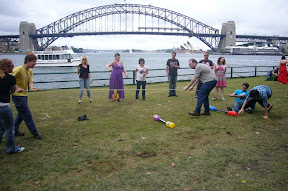 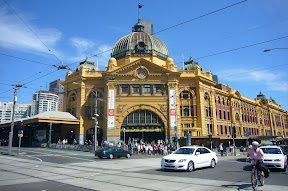 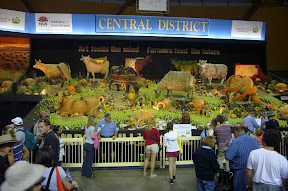 Who will rid me of turbulent god-botherers? Not our first atheist PM

Two hundred and twenty million dollars would be an impressive chunk of change, even in the huge amount of dough carved out of the federal tax take for education.

Much less impressive however is Julia Gillard is wasting that much on a naked and sadly desperate bribe for the god-bothering lobby.

We’ve all read the words ''chronic'', ''underfunding'' and ''state school system'' placed one after the other so many times now that I hesitate to do so again, lest your eyes roll back in your heads, your brain functions flatline and you all start thinking of Wendy Francis as a reasonable choice for your upper house vote.
But I’m gonna do it anyway. Because the chronic underfunding of the state school system makes a travesty of the ALP's election promise to throw hundreds of millions of dollars at untrained, unsupervised and very often unwanted school chaplains – and all because Gillard has a problem with drooling creationists and happy-clappers, people so irredeemably foolish and ignorant that they would assign supreme executive power on the basis of whether or not somebody claimed to be friends with their invisible friend.
It fair does my head in guvnor, it does, to think of the number of teachers aides you could fund with that money. The number of books you could buy for school libraries. The number of school libraries you could build, in spite of The Australian’s brave campaign to ensure the current stock of school buildings is the last we shall ever construct as a nation.
What is it about the school chaplaincy program that makes it so special that it should get funding that would be much better spent on … oh, I don’t know … education or something?
A simple question with an even more simple answer, of course. The religious nutters are organised in a way that those of us smart enough to get through life without the need for fairy dust and magic spells are not, and you’re really seeing the effects of that on the fringes of this election. If Gillard has done one thing since seeing off the Ruddbot, it’s been to draw out the whackjobs and bigots from the invisible friend lobby. To briefly scan their efforts since the poll was called is to see an increasing ugliness of mind concerning her marital status, childlessness, and of course her lack of belief.
Perth’s Catholic Archbishop Barry Hickey worried that 'Many Christians are concerned that someone who does not believe in God may not endorse the Christian traditions of respect for human life, for the sanctity of marriage and the independence of churches, church schools and church social welfare agencies''.
By ''sanctity and independence'' I think he might have meant ‘''tax-free status''.
And while Family First’s Wendy Francis scored her first real hit of notoriety this week for comparing gay parenthood to child abuse, she warmed up with this tweet about Gillard on August 7:

''First Prime Minister in a de facto relationship shows her willingness to degrade marriage and the family unit.''
Yes. The PM shacked up with her hairdresser because she hates your family and wants to destroy them.
It’s that kind of close-minded, hateful thinking that Gillard is trying to bring around with her $220m inducement. But the thing about that sort of thinking? It is never going to be satisfied.

Being based entirely on the dictates of faith in the unprovable, there are no limits to demands it will make. Pony up a couple of hundred million for school chaplains today? Where’s the billion you promised us for faith-based initiatives tomorrow? Yes, your internet filter meets with our approval, but what about repealing those anti-discrimination laws so we can treat those faggots with the contempt and the sick frisson of hatred we actually feel for them? Oh, and it’s not really good enough for us that you fund a bunch of preachy ''pregnancy counsellors'' to talk women out of abortions. We’d like to talk to you about banning birth control altogether.
Who will rid me of these turbulent god-botherers? Not Jules, apparently.
by John Birmingham in the Brisbane Times