How religion affects politics and government policies in Australia

John Dowd AO QC graduated from Law at Sydney University. John was leader of the Liberal Party in NSW from 1981 to 1983. He was the NSW Attorney General from 1988 to 1991. The Independent Commission against Corruption was established under his watch. After politics, John was appointed to the Supreme Court in NSW where he served for ten years.
John has also served as Chairman of the International Commission of Jurists, Vice President of the International Court of Justice, Chancellor of Southern Cross University, Protection Ambassador, Director and President of ActionAid Australia. John established The Justice Campaign in support of human rights and justice. He is currently the President of the International Commission of Jurists Australia.

John will address the following "Religion decades ago had an effect on which political parties members joined for historical reasons. Religions usually have moral codes attached to them and this affects the performance of members of Parliament. As religions decline, this creates a problem for the training in moral codes. It was to deal with the power of the pulpit and also the pressures which churches have and have had to have religious views enforced as offences by the state." 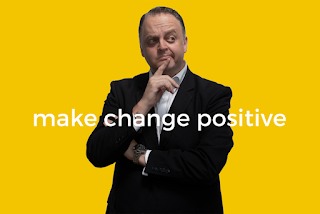 Is being right enough to win? Dan will present a challenging discussion this evening based on a wealth of experience - an evening not to be missed.

Dan Gregory was a comedian performing with Austen Tayshus and otherwise doing standup comedy in the UK and USA.

He is the Co-founder and CEO of the Impossible Institute. In conjunction with his partner Kieran Flanagan, they are the strategic and creative team behind the most successful new product launch in Australian history and have applied their considerable experience to social change programs for the United Nations in Singapore, to category re-inventions and innovation initiatives for the likes of Coca-Cola, Unilever, Bayer and News Corp. and to leadership development programs across Australia, Asia, Europe and the USA for organisations in categories as diverse as Banking & Finance, Education, Technology, Pharmaceuticals, Real Estate & Retail.

Dan and Kieran are the co-authors of three books:
• Forever Skills - The 12 skills to future proof yourself, your team and your kids
• Selfish Scared & Stupid - A treatise on Human Behaviour asserting that Behaviour Change should align with human nature rather than fighting it
• Shift - An analysis of future trends in Business, Society, Communications & Technology

They also write for Success Magazine & CEO Magazine in the USA and are regulars on ABC TV’s Gruen Series, Sunrise on Channel 7 and Sky Business News.

Voted by Meetings & Conventions USA as two of the “Top 25 C-Suite speakers to watch”, both Kieran and Dan wow their audiences with a mixture of commercial acumen, creative insight and the kind of comedic wit you’d expect with backgrounds in on-air media and stand up comedy.

Dan loves playing the Devil's advocate and is also a debate coach.

It is a stroke of good fortune and an honour to have Dan present this evening.