Open letter sent to the Bangladeshi Embassy in Canberra
In response to the following article, Sydney Atheists, in solidarity and sympathy with Bangladeshi Atheists in Bangladesh, Australia and around the world we sent this email.

In Australia, at least 25% of the population do NOT believe in any gods.

As an atheist, I was very distressed to read that Avijit Roy, an atheist in Bangladesh was hacked to death because of his non belief in the majority god of Bangladesh.

Please write your own letters to the Bangladesh embassy at: http://www.bhcanberra.com/contact_us.php

An open letter to the government of Saudi Arabia

I appeal to the government of Saudi Arabia to give leniency to those people who declare themselves to be atheists. To us the approach of beheading such individuals is seen by the overwhelming majority of Australians as barbaric and retrograde.

In Australia, at least 25% of the population do not believe in any gods. We don't consider that there is anything wrong with holding such views.

Atheists are good moral people who work in all sections of Australian society such as doctors, teachers, philosophers, lawyers, accountants, engineers, IT professionals and working people in various other areas.

If, as I understand you to believe, that there is a god as is written in the Koran, then surely you would leave it to that god to punish people accordingly. Surely you would have to consider that it is not your place to do your god's work, it is his alone.

On behalf of Saudi atheists and humanity at large, please free those atheists who you accuse of blasphemy.

Billboard Campaign -
Have you escaped religion? We have!

Not only did Sydney Atheists and the Atheist Foundation of Australia receive exposure on the M4 Motorway, we received coverage Australia wide through News Corp internet press, both news.com.au and the Daily Telegraph. Our billboard, interviews and press releases were covered by both theist and atheist websites from the USA to the UK, Italy, the Netherlands and probably very much more.

Collectively our websites  were seen by tens of thousands of people, the Billboard itself will have been seen by hundreds of thousands of eyeballs and the reach of the message potentially by millions of people in Australia and worldwide. AND, the campaign still has over a week to run.

Congratulations to Sydney Atheists and all those who made it possible! 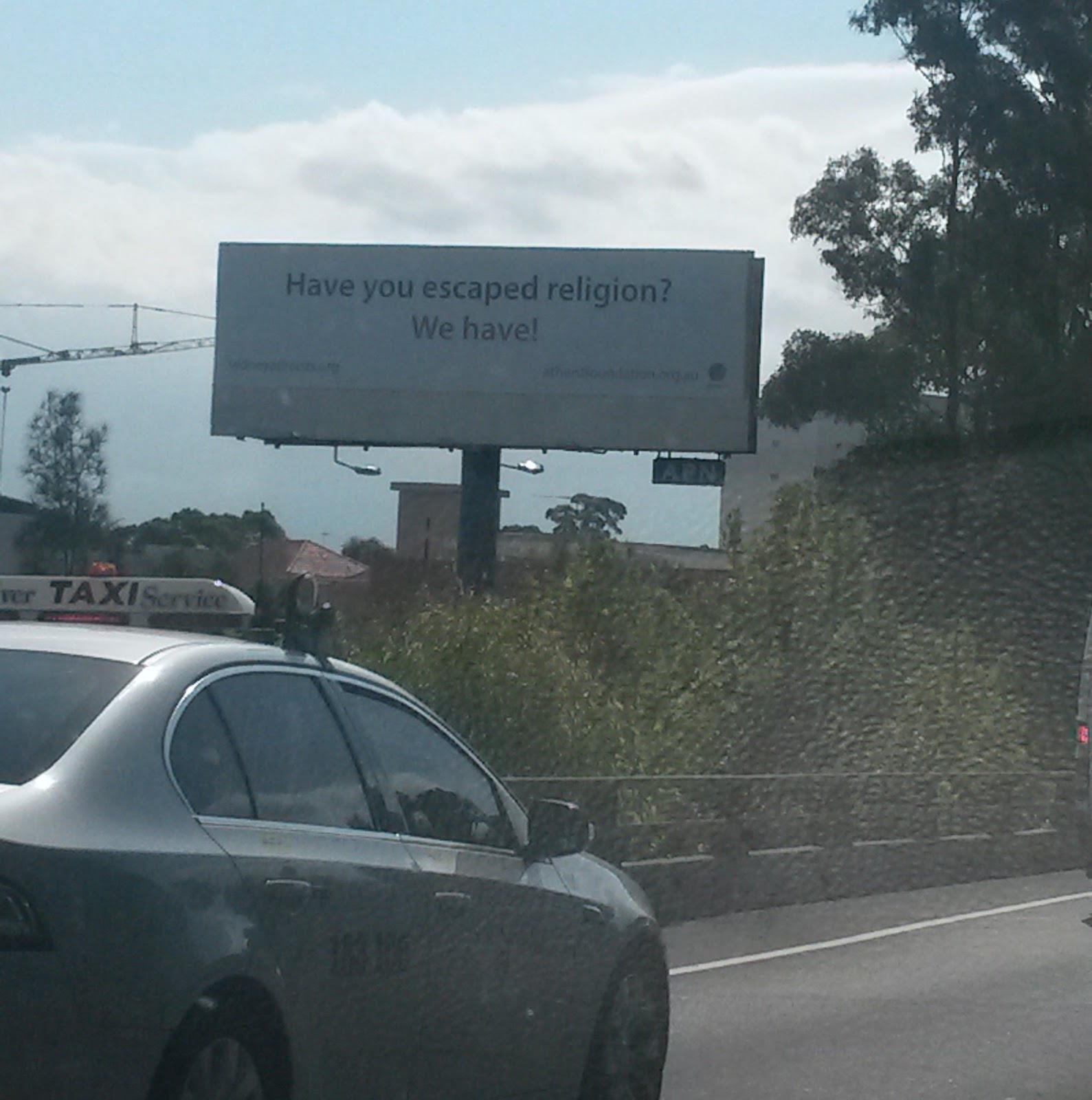 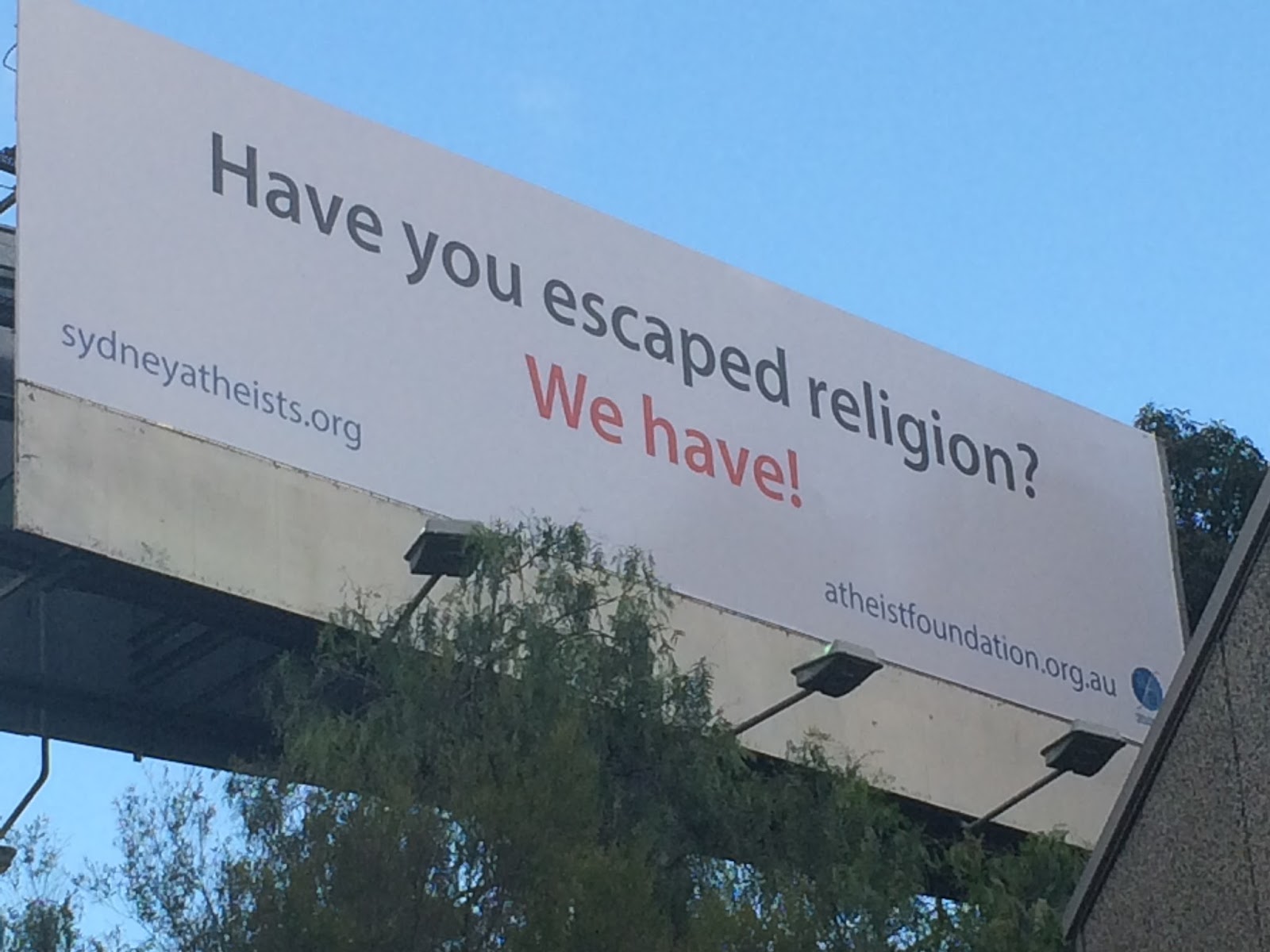