Ethics - An evening with Simon Longstaff

This evening we will turn the tables on Simon Longstaff as Steve Marton will interview Simon on this occasion. Dr Simon Longstaff is the Executive Director of the Ethics Centre. This centre started Ethics Classes in schools, runs IQ2 and has run the Festival of Dangerous Ideas at which Simon is usually the host and interviewer. The Ethics Centre provides direction, information and advice to the public, institutions, corporations and government on ethical matters. It is one of the most important organisations for honesty and integrity in Australia.

EXECUTIVE DIRECTOR DR SIMON LONGSTAFF AO FCPA
Simon’s distinguished career includes being named as one of AFR Boss’ True Leaders for the 21st century, with Carol Schwartz noting; "I don’t know one CEO or chairman in corporate Australia who has not worked with Simon Longstaff". Simon Longstaff began his working life on Groote Eylandt (Anindilyakwa) in the Northern Territory where he worked in the Safety Department of the then BHP subsidiary, GEMCO. He is proud of his kinship ties with members of the island’s Indigenous community. Following a period studying law in Sydney and a brief career teaching in Tasmania, Simon undertook postgraduate studies in philosophy as a Member of Magdalene College, Cambridge. Simon commenced his work as the first Executive Director of The Ethics Centre in 1991. Simon is a Fellow of CPA Australia and in June 2016, was appointed an Honorary Professor at the Australian National University – based at the National Centre for Indigenous Studies. Formerly serving as the inaugural President of The Australian Association for Professional & Applied Ethics, Simon serves on a number of boards and committees across a broad spectrum of activities. He was formerly a Fellow of the World Economic Forum. 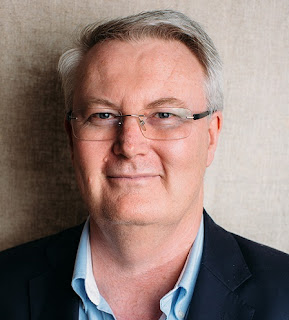 For more details and to RSVP please go to  https://www.meetup.com/sydneyatheists/events/238894209/