Being raised in an extreme cult

Dave Whitaker was brought up in the cult run by Anne Hamilton-Byrne known as the Family. The cult was active from the late 60s and became well known after a police raid on one of their properties in 1987. About 12 illegally adopted children were removed by the police. Dave's mother was one of the "aunties" who ran the property where the children were kept. Dave's father, a Melbourne psychiatrist was instrumental in helping Hamilton-Byrne set up the cult. Dave broke from the cult in 1985 and appeared in a recent documentary film and ABC TV series
Dave will fly in from Melbourne for this most intriguing of talks. 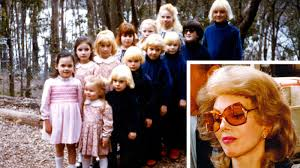 Our talk events are held at 7.00pm in the Function Room at Club Redfern: